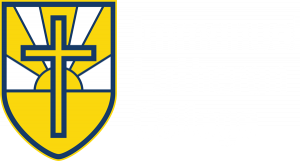 Old Scholars are an important part of the Immanuel community as they promote a culture of belonging to a tradition - a tradition that has been established and maintained for more than 40 years.

The Immanuel Old Scholars' Community (IOSC) seeks to achieve close relations between Old Scholars and newly graduated students by providing members with opportunities to return to the College to connect. The group is made up of graduates from the Class of 1993 onwards and seeks to build community by establishing links between year levels as well as help organise reunions and other events.

Students who attended Immanuel Lutheran College will become members of the Immanuel Old Scholars' Community upon graduation. If you would like further information, please contact the Marketing Communications Office on (07) 5477 3448 or via email ilc@immanuel.qld.edu.au

In terms of enrolment at the College or Immanuel Early Learning Centre (ELC), there are several financial incentives available to Old Scholars who wish to return to the Immanuel fold and to enrol their children here. These include exemptions from application fees and a significantly reduced Enrolment Confirmation Fee for those coming from the ELC into Prep. For further information, please contact Enrolment Registrar Irene Dabinet on T: (07) 5477 3441 or dabineti@immanuel.qld.edu.au

There are always Old Scholar events, and we encourage you to come along and get involved to reconnect with former classmates.

Class of 1992
Doctor and Humanitarian

Pharmacist, anaesthetist, world-record breaking athlete, humanitarian, family man. All one person: Joel Matthews. Dr Joel Matthews likes a challenge so after practising as a pharmacist for two years, he returned to university to qualify as a doctor. As a specialist anaesthetist keeping patients alive at their most vulnerable, Joel became involved in the Million Metres for Melanoma (MM4M) fundraising organisation. The aim is to raise money for melanoma research in memory of a colleague’s sister who passed away from melanoma at the age of 32. So far, this group of incredible doctors have broken two world records and raised nearly half a million dollars for lifesaving research.

Class of 1994
Engineer and Adventurer

After working as an engineer for 10 years, Chad Carey decided to travel to South America. Not happy with the tour companies in the marketplace, he established his own travel company, Chimu Adventures, which specialises in tours to Latin America and Antarctica. Fast forward a few years and Chimu is Australia’s largest Antarctica adventure company which introduced the world’s first scenic flight to the South Pole in association with QANTAS. The flight retraced the famous route that Scott, Shackleton and Amundsen took to be the first to get to the South Pole. The flights were launched in November 2021.

Chad’s knowledge of South America and his can-do attitude ensured that he was the person to call early in the COVID-19 crisis when Australia's Minister for Foreign Affairs, Marise Payne, needed someone to facilitate the rescue of 260 Australian nationals and permanent residents. So, in March 2020, it was Chad who ensured the availability of charter flights to evacuate stranded Australians from Peru and Uruguay.

Old Scholar Alana Boyd is used to the dizzy heights of success, literally. As the Australian women’s national pole vault record holder, Alana has a long list of accolades and achievements including two Commonwealth gold medals from the 2010 and 2014 Commonwealth Games as well as representing Australia at the 2008, 2012 and 2016 Olympic Games. Alana has been a special guest at Immanuel on several occasions and has inspired a new generation of athletes, scholars and musicians by her commitment, loyalty and tenacity in achieving her goals. In 2022, Alana was appointed as an official Sunshine Coast 2032 Taskforce Ambassador to ensure the region maximises opportunities in the lead up to, during and after, the Brisbane 2032 Olympic and Paralympic Games.

Dual Olympic gold medallist and freestyle swimming sensation, Melanie Wright, is an inspiration to all who know her and in recent years, she’s been a special friend to the College having returned twice to share her Olympic success. Melanie had her first taste of success as a member of the Australian 4 × 100-metre freestyle relay team that won gold at the 2007 World Championships. That same year, Melanie broke a world record with Australia's short course 4 x 100-metre freestyle relay. Her Olympic gold medal winning performances came in 2008 and 2012.

Melanie first started studying in 2005, notching up a Bachelor of Biomedical Science degree before a Master of Business Administration, then a Bachelor of Medical Studies and a Doctor of Medicine from Bond University.

During that time, she also had two children with husband, Chris Wright, who is also an Olympic swimmer. Melanie was studying full-time, at the hospital with full-time working hours, studying outside of that and raising two children! Melanie is now back on the Sunshine Coast and working as a doctor at Sunshine Coast University Hospital.

After a distinguished career in the Royal Australian Air Force (RAAF), including time with the RAAF contingent of Australia’s Federation Guard where she travelled to London with veterans of Australian Bomber Command for a dedication ceremony, Breeannan decided it was time for a change. After several commendations and extensive study in intelligence analysis, Breeannan got a position with Lockheed Martin Australia as an F-35 Strategic Mission Planner. Her motivation was to keep working with fighter jets as she’d been supporting the Classic Hornet in the RAAF. Now, with Lockheed Martin, Breeannan works within 2 Operational Conversion Unit (2OCU) at RAAF Base Williamstown which is the training squadron for RAAF student fast jet pilots to complete a conversion course on the F-35 platform. Breeannan assists pilots plan and create mission data loads to achieve daily flying missions. These include preparing route planning, terrain data coverage and other F-35 mission data. Breeannan is also involved in fly pasts and exercise activities overseas.

Shristi Sinnya graduated from Queensland University of Technology Law School in 2015 and soon after, decided to pursue a career in music. On a trip to Los Angeles, she produced her first EP. While working on her music, she also graduated with a Diploma in Legal Practice in 2016 and was admitted to the Queensland Supreme Court. In 2017, she moved to London and her single 'Make Love Easy' premiered on BBC Asia. This uplifting song was described as “brimming with velveteen vocals” and “invokes a sense of self-reflection for the listener”. Shristi teamed up with Emmanuel Nwamadi for their single 'With You' – an upbeat summer track. The hit was featured on British Airways’ in-flight entertainment and the airlines’ High Life magazine which attracts an audience of 3.9 million readers each month. Shristi Jade's EP 'Worth's Not A Question' received recognition from BBC Radio 1's Resident Host Kan D Man: “Shristi Jade is a fresh female talent to look out for. I'm very excited about this artist, I like the vibe of this EP.”

Her single, 'Be Real’, was recognised by BBC's 1Xtra DJ Sandra Omari, BBC Radio 1 DJ Clock Work and Resident host Kan D Man. Shristi lives in London and completed her Masters in Songwriting from the Institute of Contemporary Music Performance.

Class of 2011
Musician and PhD student

Musician, composer, teacher and humanitarian. Ben Shannon is a busy guy. Ben has brought music into hospitals through the Stairwell Project, a community-based project that saw him volunteer at a Brisbane hospital playing the tabla for patients and the general public; he’s a music teacher and is the Head of Percussion and Drum Kit at Lakes College, North Lakes; he’s a musician who loves jazz, indie rock, funk, classical and heavy metal, and he’s back playing at various places around Brisbane; he’s an agent for several well-known bands, booking tours and gigs; and now he’s decided to return to the Queensland Conservatorium – of which he’s a graduate of – to complete a PhD. He’s looking at the psychology of improvisation through the lens of his own conduction/improvised orchestra, The Art of Conduction. He’ll explore the link between improvised and non-improvised music - classical meets non-classical. Like we said, he’s a busy guy!

Jack McAllister is an Honours graduate of USC having studied a Bachelor of Design (Game Design). Working for Baird Technology, Jack’s Honours research saw him collaborate with Folly Games, a theatre organisation that presents performances where audiences are given rules and methods of interacting with a narrative. Their work was showcased at the 2021 Anywhere Festival in Brisbane which combined virtual reality (VR), alternate reality (AR) and physical reality. Jack’s research focused on preprograming VR which is an exciting area with a lot of growth potential. At Baird, one project Jack has worked on is fire simulation safety software that can be transferred to VR so people can play out real-life emergencies, like responding to an electrical fire in a warehouse. Jack also works on solutions for clients in security, healthcare and defence.

For over 40 years, we’ve helped our students achieve remarkable academic results through encouraging nimble and lateral thinking via our innovative and ever evolving approach to teaching. Among our Old Scholars, you’ll find many a doctor, engineer and business leader; but you’ll also find humanitarians, environmental scientists, writers, musicians, teachers and nurses. We encourage all children to be the very best they can be and to pursue their own path.

Immanuel has a foundation – The Immanuel Lutheran College Foundation – which oversees the College's Building Fund. To make a tax-deductible donation for projects that benefit current and future generations of Immanuel graduates, please contact the College's Business Office on T: (07) 5477 3435.